If you have tried to learn English for years and still can't speak fluently... If you get nervous every time, you try to say something in English...

Then this message is for you. And I'm telling you why.

There is a different, natural and very effective way to learn to *speak* English automatically and without effort. A method focused on speaking from day one.

Why do Traditional Methods Fail to work?

What most students do when they try to learn to speak English is study grammar,... buy textbooks or watch English on TV. But for most students, none of this works.

1. Grammar doesn't help in real conversations because you don't have time to apply complicated rules when speaking.

2. Textbooks are usually designed to help you pass an exam, but they don't help you speak English.

3. Watching TV in English doesn't make much sense if you don't understand almost anything they say.

And what if you only use methods that don't work? You are likely to feel frustrated, and worst of all, you will probably never speak English fluently.

"I Will Never Speak English Fluently"

This is Carmen's statement, one of my first students. She was convinced that languages were not her biggest strength.

Carmen's main problem was when she tried to speak in English. Every time she wanted to say something, she got blocked.

She made many mistakes; she translated mentally, and she couldn’t have a basic conversation in English.

Perhaps you have been in the same situation.

I was worried about Carmen, so I started using a different method than the traditional one.

In the beginning, she was a little skeptical, but that disappeared within a few days. She told me she was noticing progress and that the main change was that she translated less mentally.

Motivated by the results, she continued using my method and now speaks fluently and effortlessly.

Now she uses English at work, and English has become part of her life.

And do you know what’s best of all? She did the opposite of what traditional systems dictate. 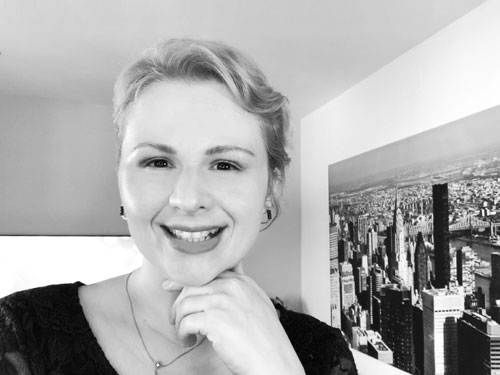 Over the years I have helped millions of people speak English fluently.

Learn with your Ears, Not your Eyes!

What did Carmen do to improve so quickly?

She learned just like children learn their mother tongue.

Do you know how little children learn?

They certainly do not study textbooks!

They listen to the same words and expressions over and over again.

At the same time, they try to use them.

That's how you learn a language naturally.

What Carmen did most of the time is to listen and talk a lot.

Therefore, one of the best ways to learn is through conversations.

Of course, you could hire a private teacher like me, but ...

What if you had an audio specifically designed to simulate a conversation?

That's why I created a complete system to solve all these problems.

It's a complete audio system designed to help you speak English from day one without any previous knowledge.

Through entertaining stories, you will improve your speaking skills with a unique technique called "The Conversation Simulator", which I describe below.

With my system, you just can't fail:

You will speak English from day one. ✔︎

You will be able to speak English fluently without translating. ✔︎

Start Speaking from Day 1 with the

Do not worry. It's not a robot or android that helps you practice your English;)

They are audio lessons that "simulate" conversations. I call them Q & A lessons.

How does this "simulator" work?

Very easy. In the audio, I say a sentence, and then I ask simple questions about the phrase.

After each question, I pause: it's your turn to answer out loud!

After you answer, I give you the correct answer.

It's an ongoing process that makes you think more and more in English.

Of course, I do not use just one sentence.

I developed 30 different lessons with many phrases.

The #1 factor which prevents you from speaking English Fluently:

We have said that practicing conversation is an extremely effective method.

Although, do you know the number 1 factor that keeps you from speaking fluently?

The anxiety. When we try to speak English, we have a mental block.

We do this even with our maternal language in stressful situations like job interviews, speaking in public.

We are afraid that other people may judge our English.

I know what I'm talking about. As I said before, I have given thousands of classes to hundreds of students.

With the questions and answers program, you can say goodbye to anxiety.

You will have a conversation with the audio, and you will practice alone.

It will not matter if you sound peculiar, if you are wrong or if you have a bad day.

You have at your disposal the "conversations simulator" 24 hours a day!

This is how Carmen improved so much her English.

Practicing every day. Walking, cleaning, relaxing on the sofa... you can practice everywhere since you only need an mp3 player.

All of this is really awesome Georgiana, but I don't know any English!

That is a very reasonable concern.

I've designed this course for those who do not know any English.

The course lasts 30 days, and step by step, I will help you to build the fundamentals necessary for you to speak English.

Each day you will study a new lesson, which consists of audio and text adapted to acquire the most common speech patterns of English.

All this in an intuitive and grammar-free way, just like native speakers.

With the Questions and Answers technique, you will naturally and effortlessly acquire the basis of spoken English. And best of all: effortlessly and efficiently!

Frankly, I am not a guru, and I have no special talent, but I can tell you that:

I offer you a solid and highly proven system that gives results.

This is exactly what you get with the Beginner's Course

Now for only a fraction of the cost of regular classes, you can get all of this!

I WANT THE AUDIO COURSE AND
START DOWNLOADING NOW! 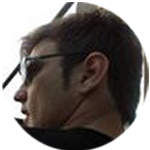 "Over the years I've been grateful to have found this course. I found it excellent to learn in "context" as Georgiana teaches. It's true that grammar is important but her method is more convenient, safe, effective and the most important thing is that you don't get bored with time. On the contrary, it becomes more interesting every day. So go ahead!!!! I encourage you to do it and then tell us. And I say "tell us about it" because once you join this study group there is no distance between countries, nor languages that take us away from this common goal." Nicolas Guillen

Thanks to Georgiana I have lost my fear of speaking English. I have eliminated my frustration and started to enjoy this language.” Miriam Granda 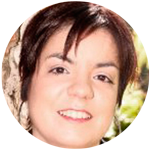 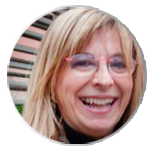 "I did not study English when I was a child. I contacted Georgiana at a time when I felt blocked. She has helped me to lose my fear of speaking English." Ana Moreno

Still not sure? No Worries. This Product Comes With a 30 Day Money-Back Guarantee! 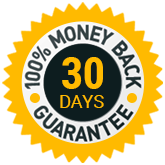 I'm ready to prove everything I claim. Buy The Product right now, and see it for yourself within the next 30 DAYS. If the product does not live up to any of the claims stated here. I don't want your money, and I'll give every cent back to you. No hassles and we can part as friends. 100% Money-Back Guaranteed." Georgiana - founder of SpeakEnglishPodcast.com

I WANT THE AUDIO COURSE AND
START DOWNLOADING NOW!

I look forward to personally guiding you through the course material to help you speak English in the next 30 days.

We can do it together!

PD: This is the audio course that will help you to have basic conversations in English. No grammar, no textbooks... Just listen and answer the questions. This system is robust and widely used by thousands of students with excellent results. If you really want to speak English, use a different method, and you will get a new result: